Bill and Nancy have spent 50 full years as husband and wife. As portrayed by Tony Award winner and Academy Award nominee Jane Alexander (The Great White Hope, The Sisters Rosensweig) and Academy Award nominee and Emmy Award winner James Cromwell (Babe, “Succession”), they practically breathe in unison, and can anticipate each other’s every sigh, snore, and sneeze. But just as they settle comfortably into their new home in Grand Horizons, the unthinkable happens: Nancy suddenly wants out. As their two adult sons struggle to cope with the shocking news, they are forced to question everything they assumed about the people they thought they knew best. By turns funny, shocking, and painfully honest, Bess Wohl’s new play explores a family turned upside down and takes an intimate look at the wild, unpredictable, and enduring nature of love. Also joining the cast are Tony Award winner and Broadway legend Priscilla Lopez (A Chorus Line, In the Heights), Ben McKenzie (“Gotham”, “The O.C.”), Maulik Pancholy (“30 Rock,” “Weeds”), Tony Award nominee Ashley Park (Mean Girls), and Michael Urie (Torch Song, “Ugly Betty”). 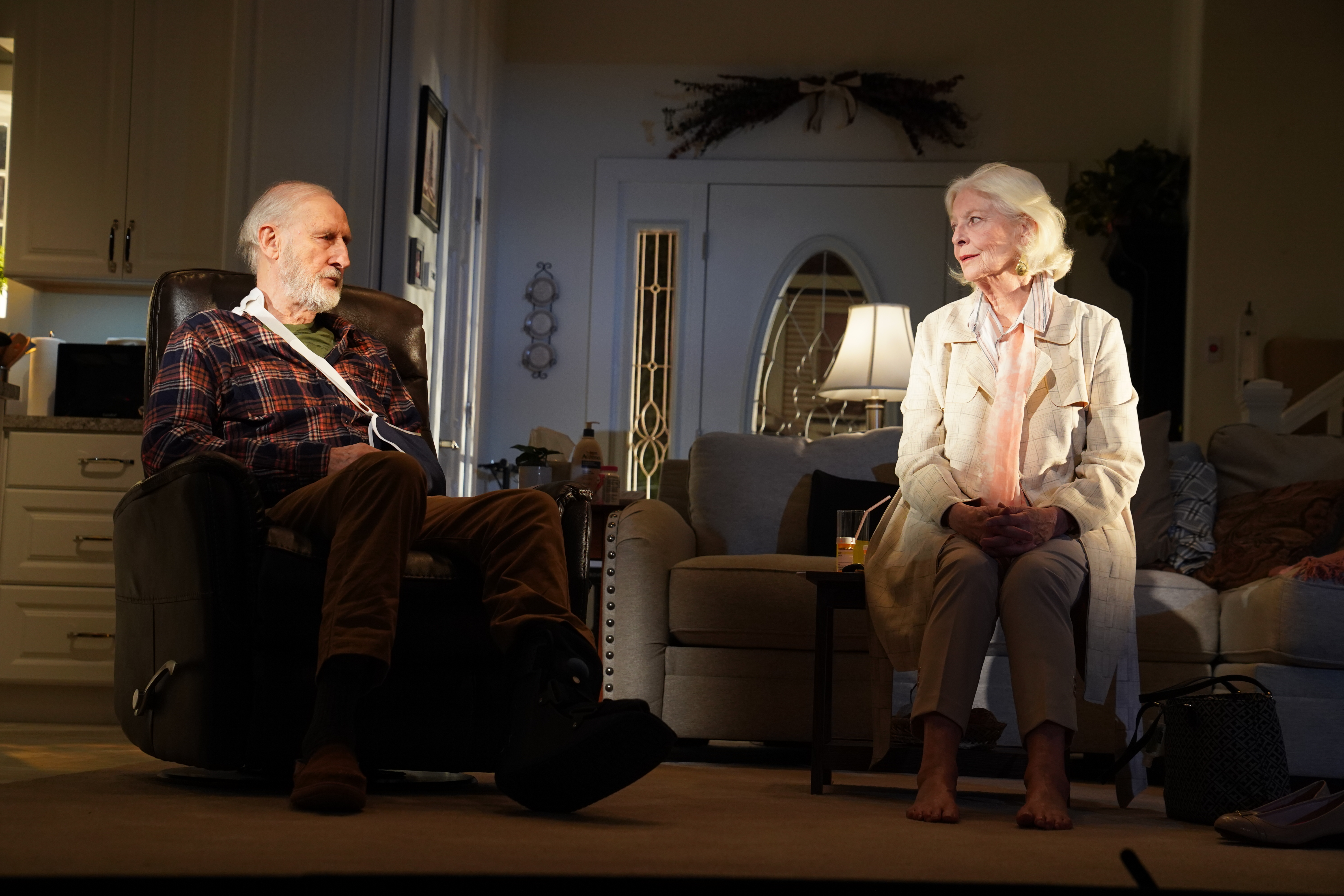 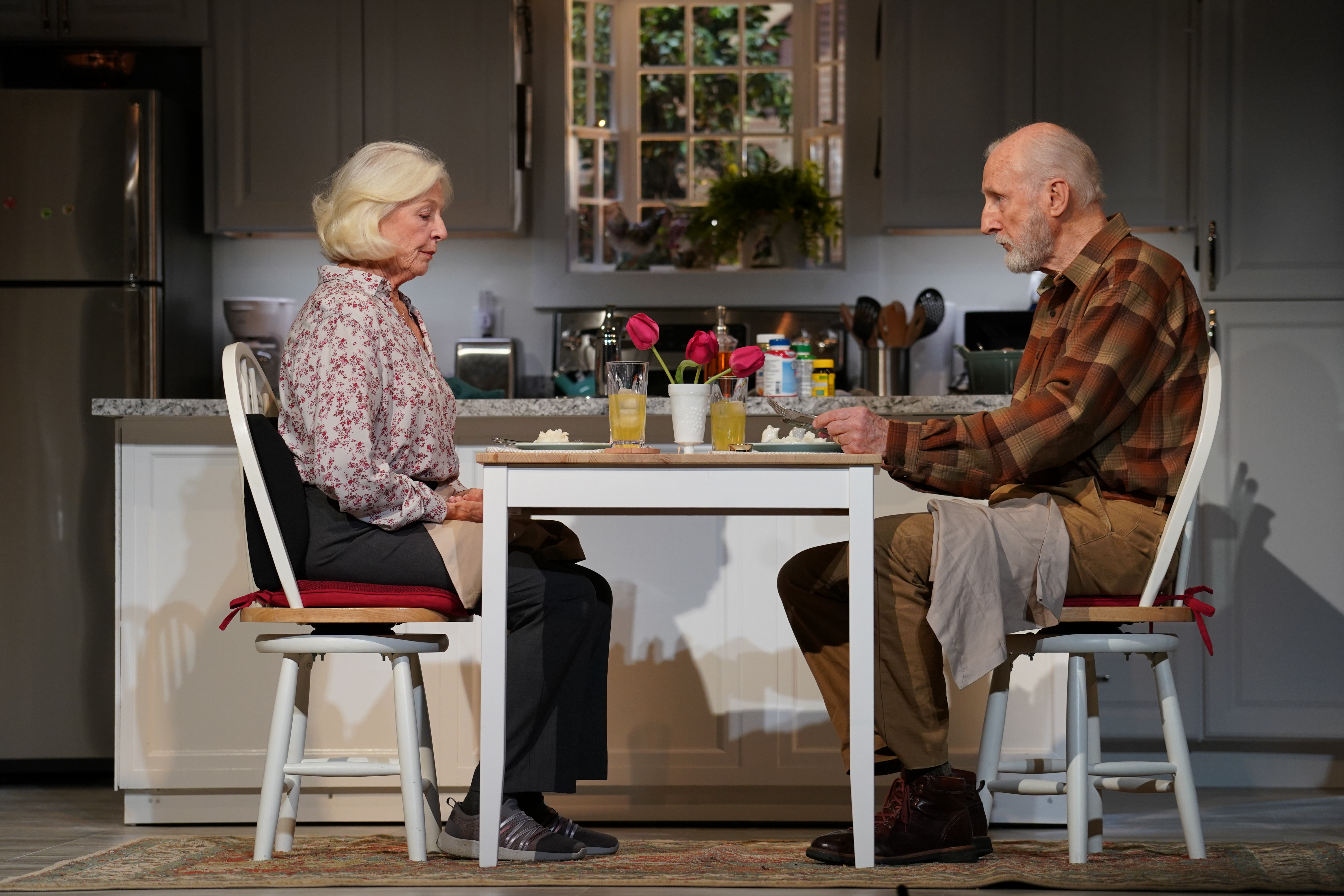 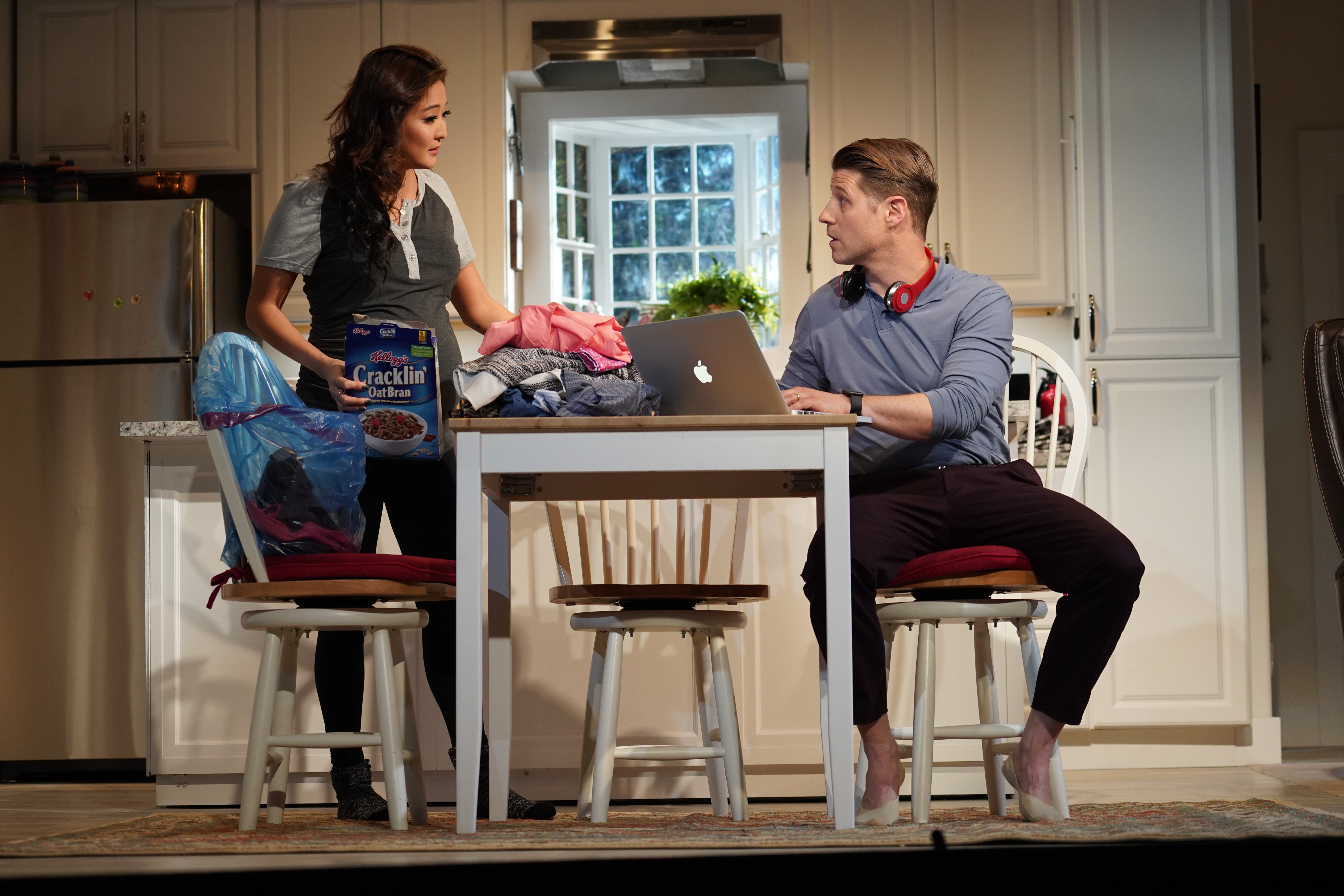 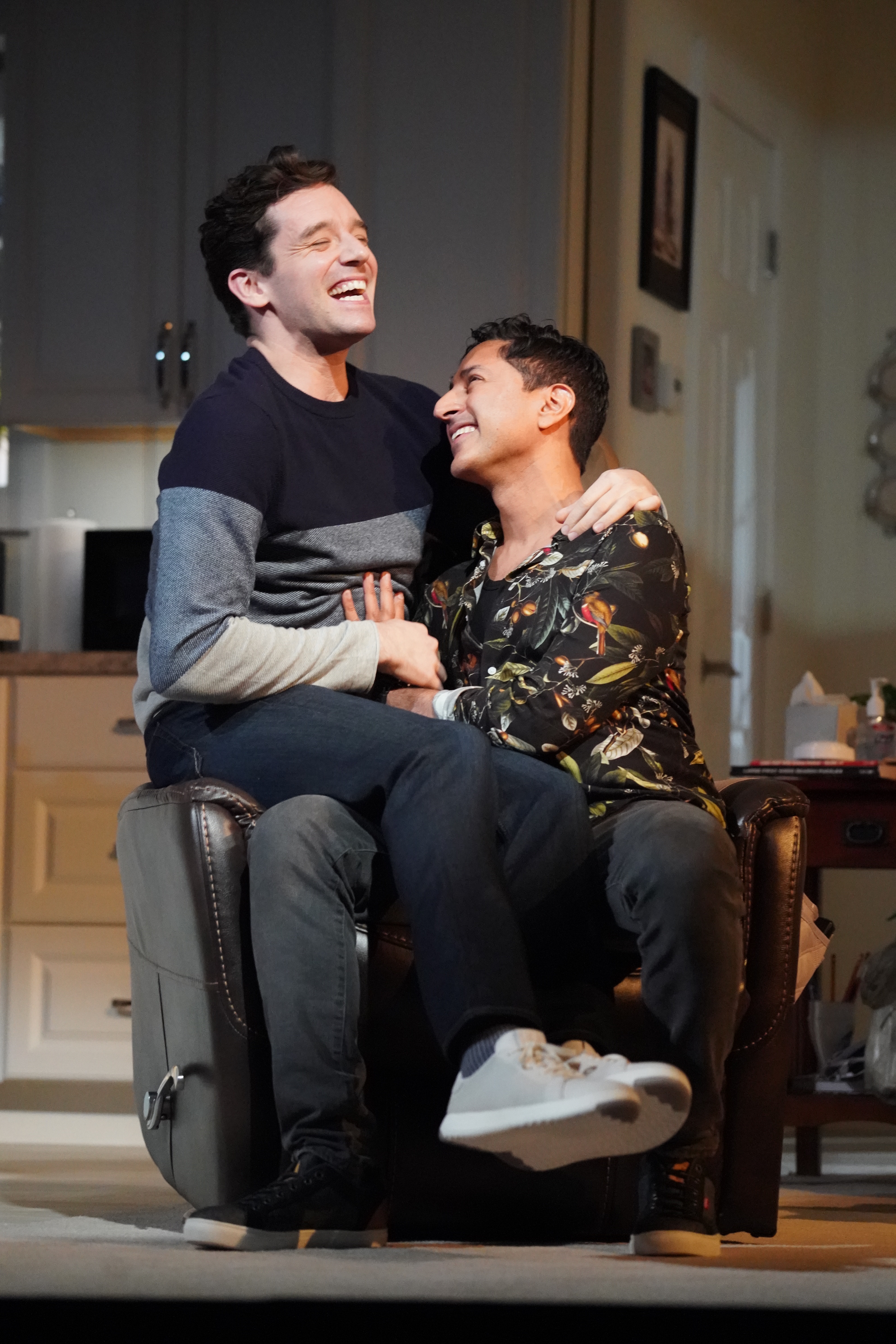 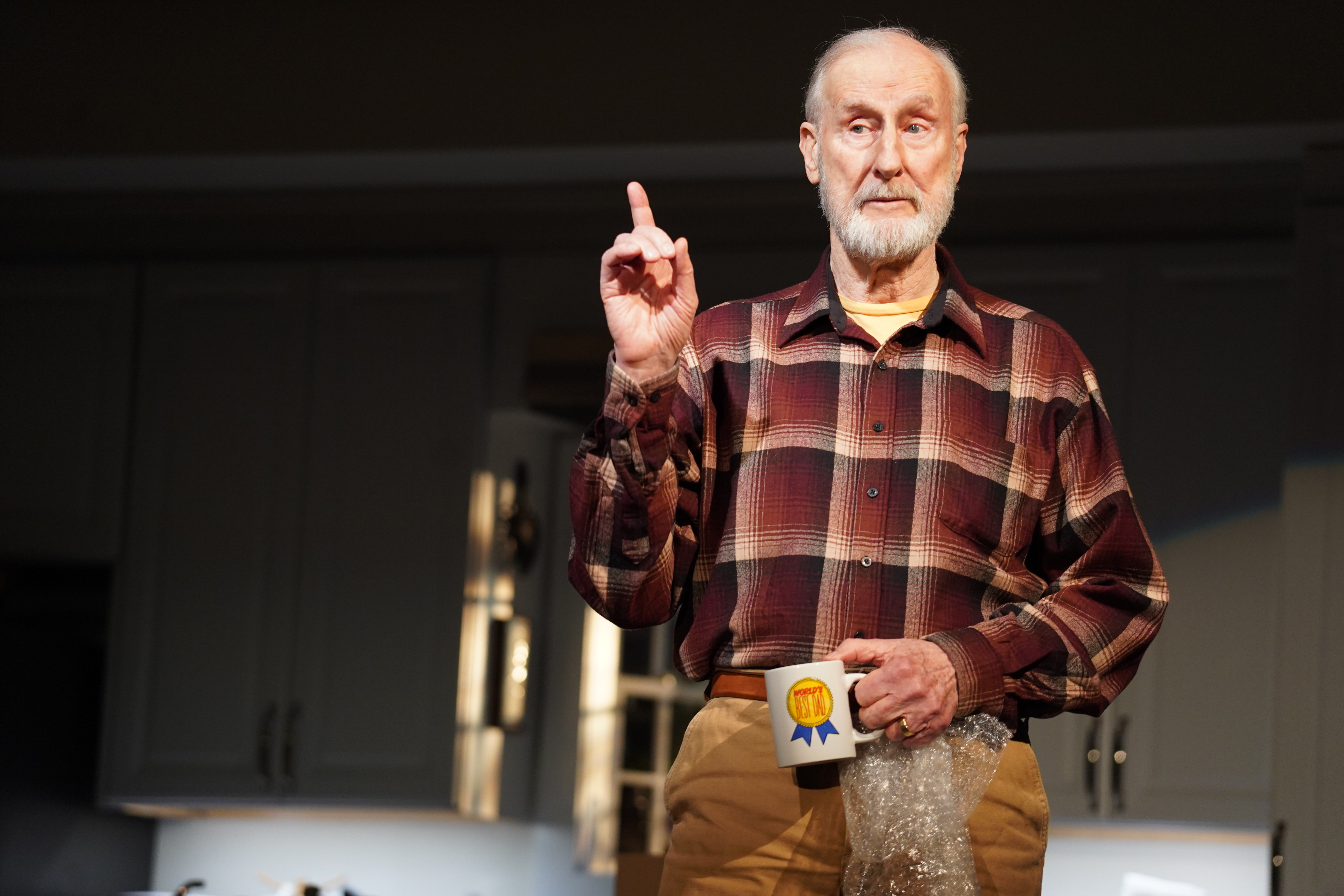 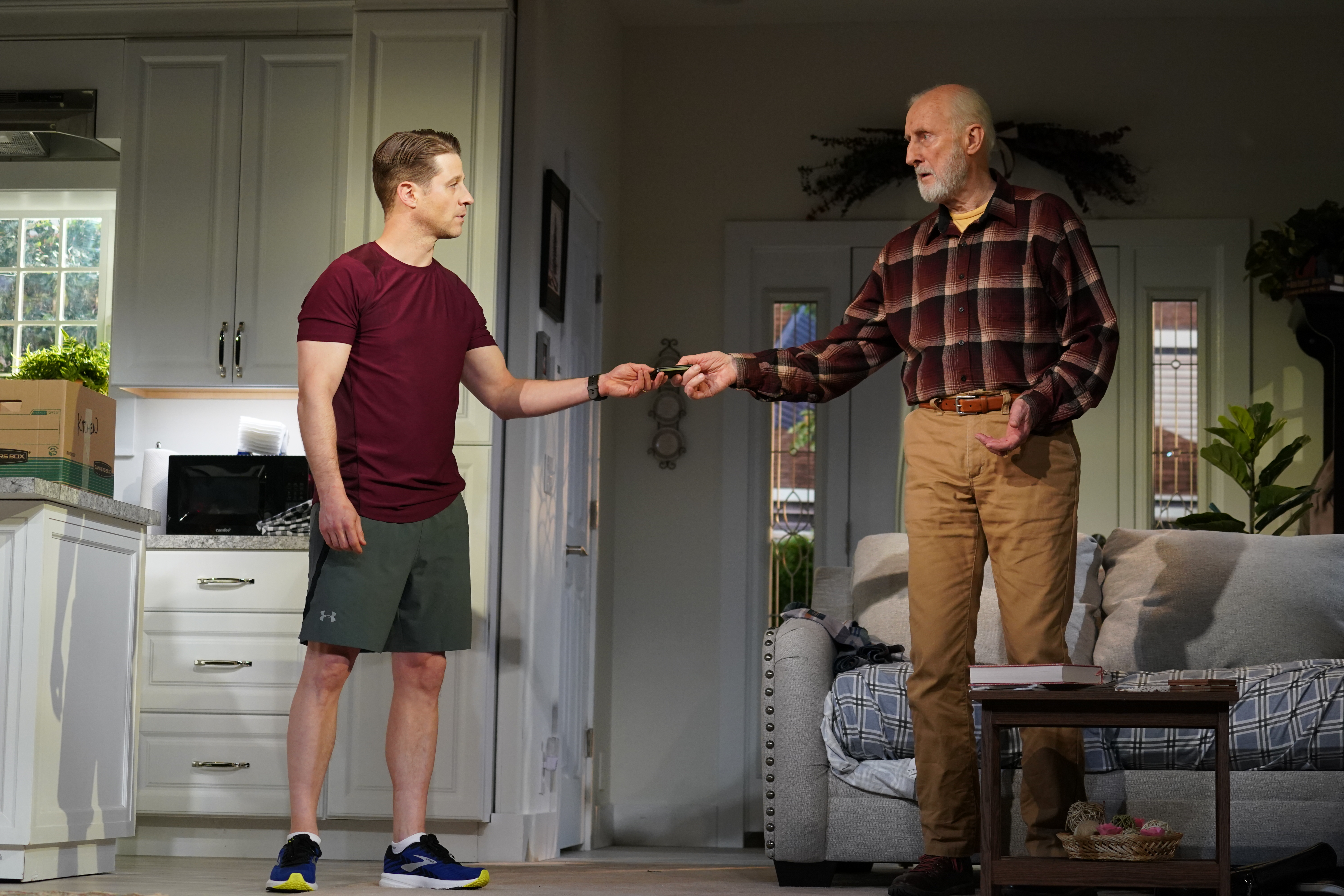 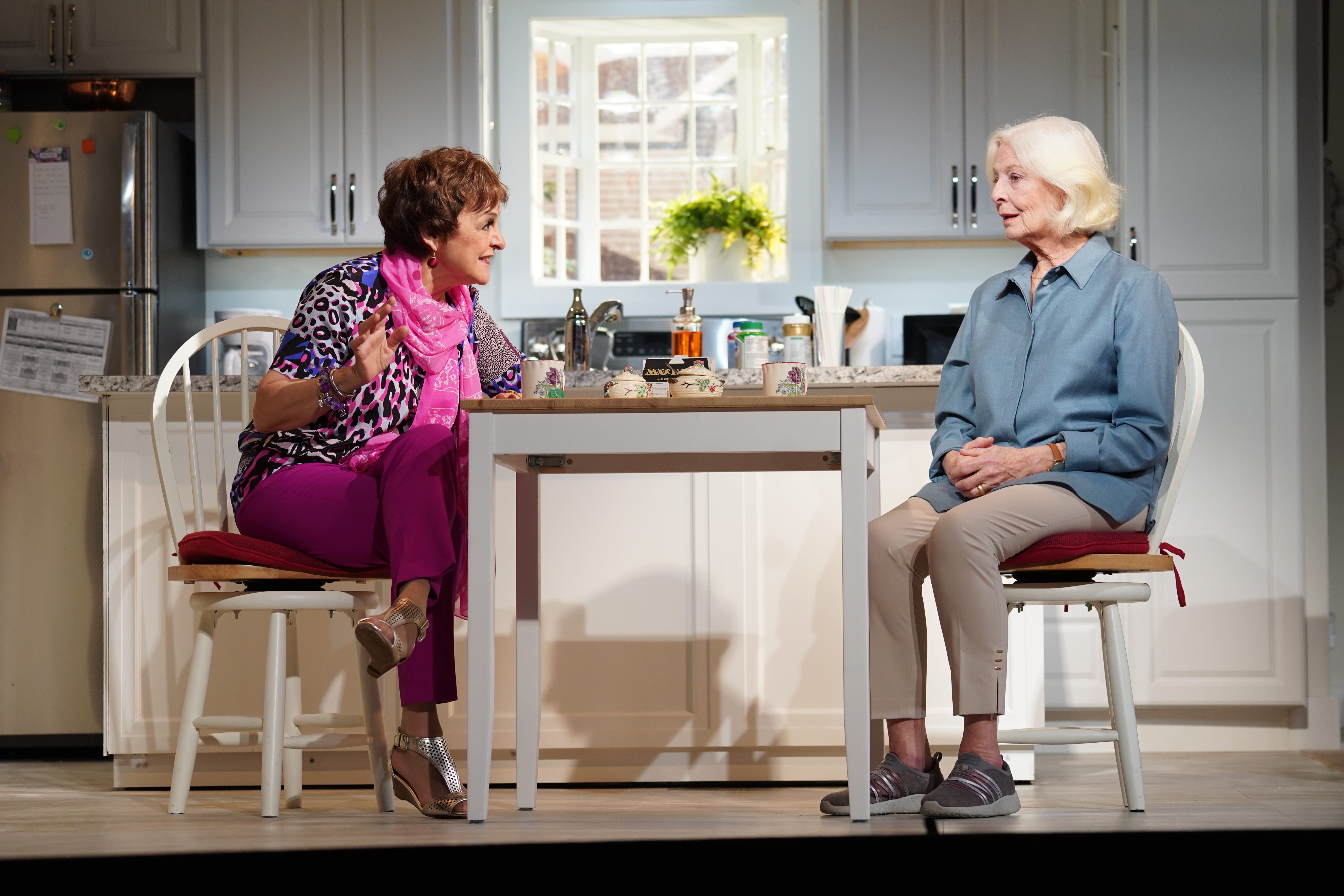 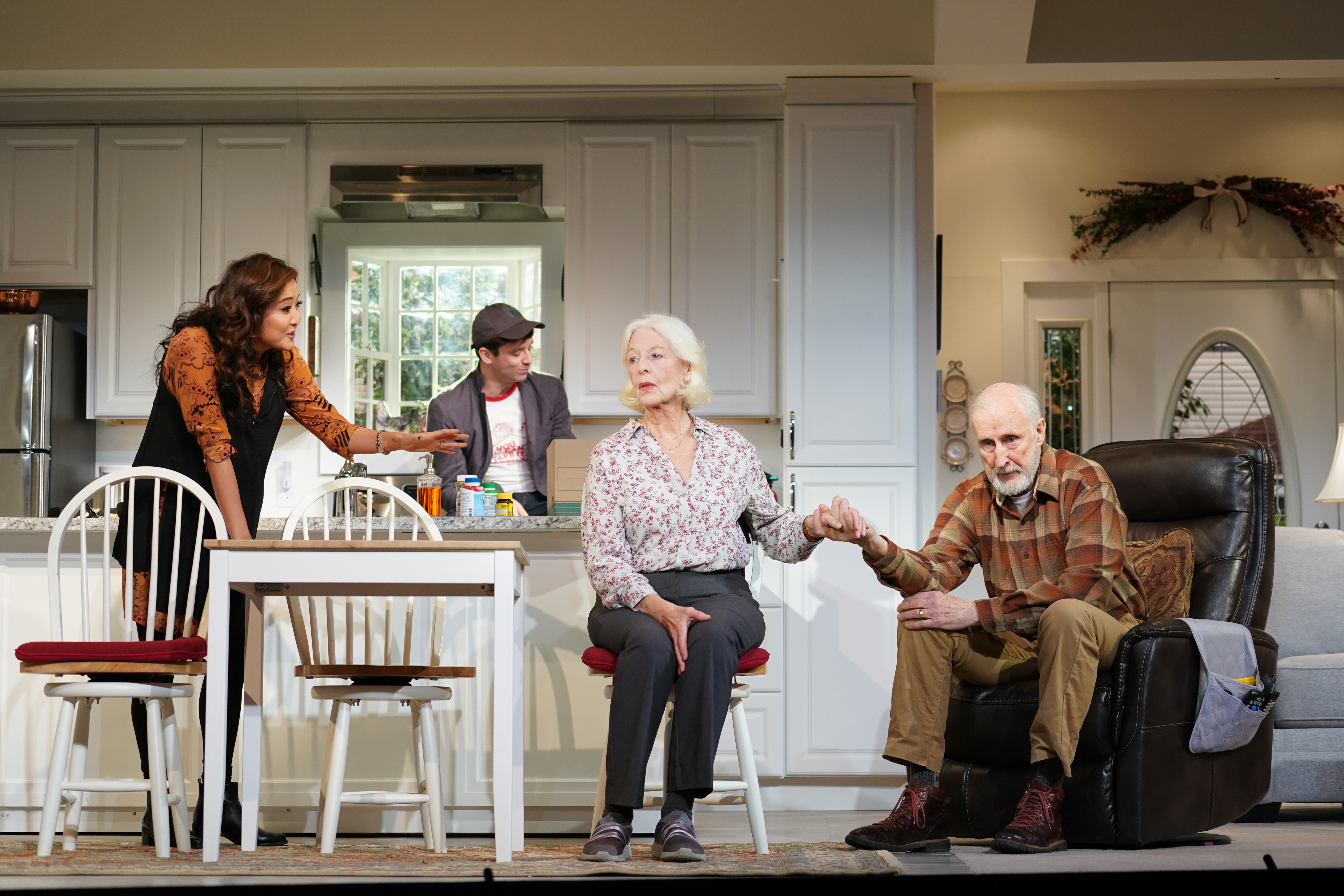 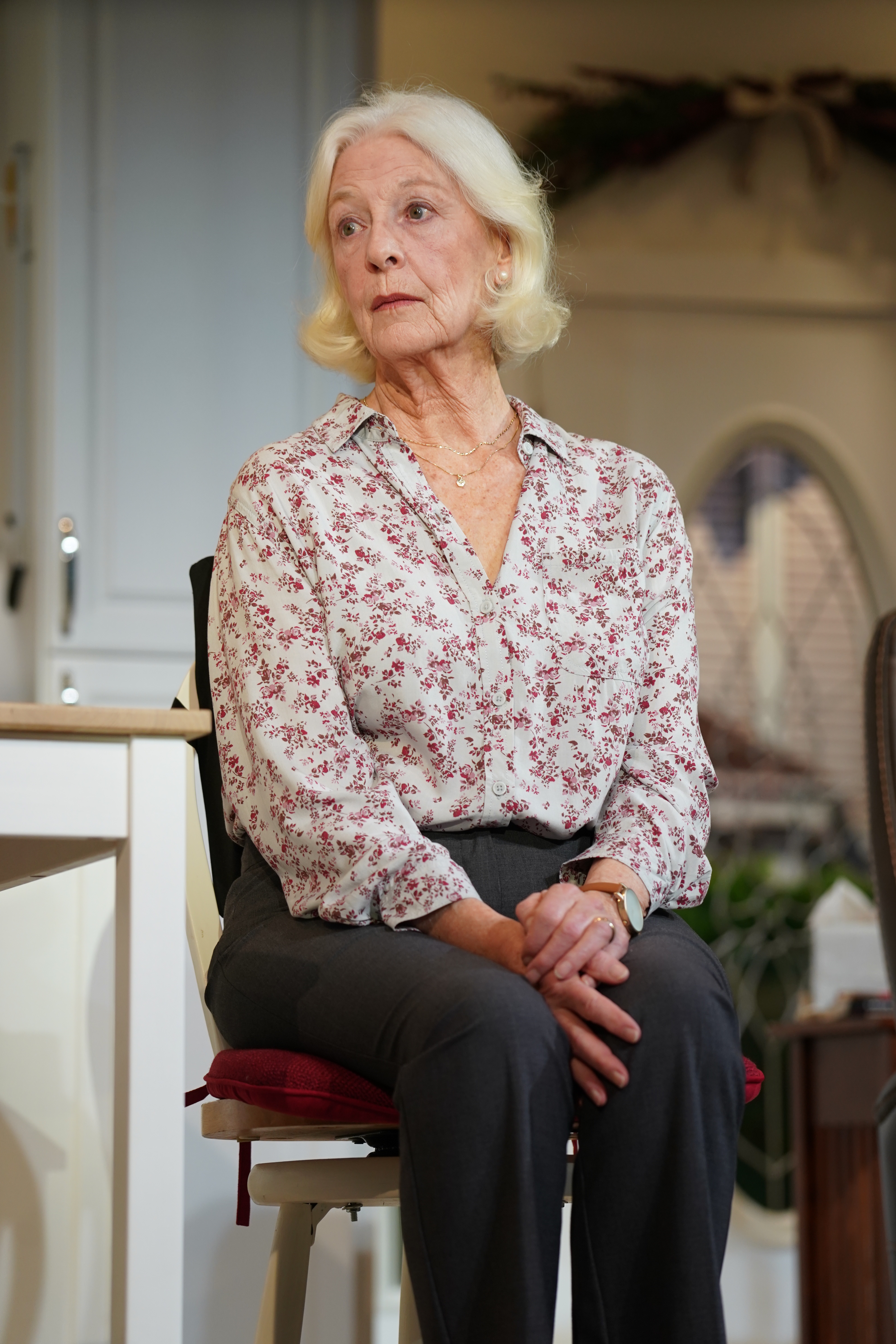 The commission is supported by a grant from The William and Mary Greve Foundation.

Grand Horizons is appropriate for ages 12 and up.

Grand Horizons runs 2 hours and 15 minutes, including one intermission. 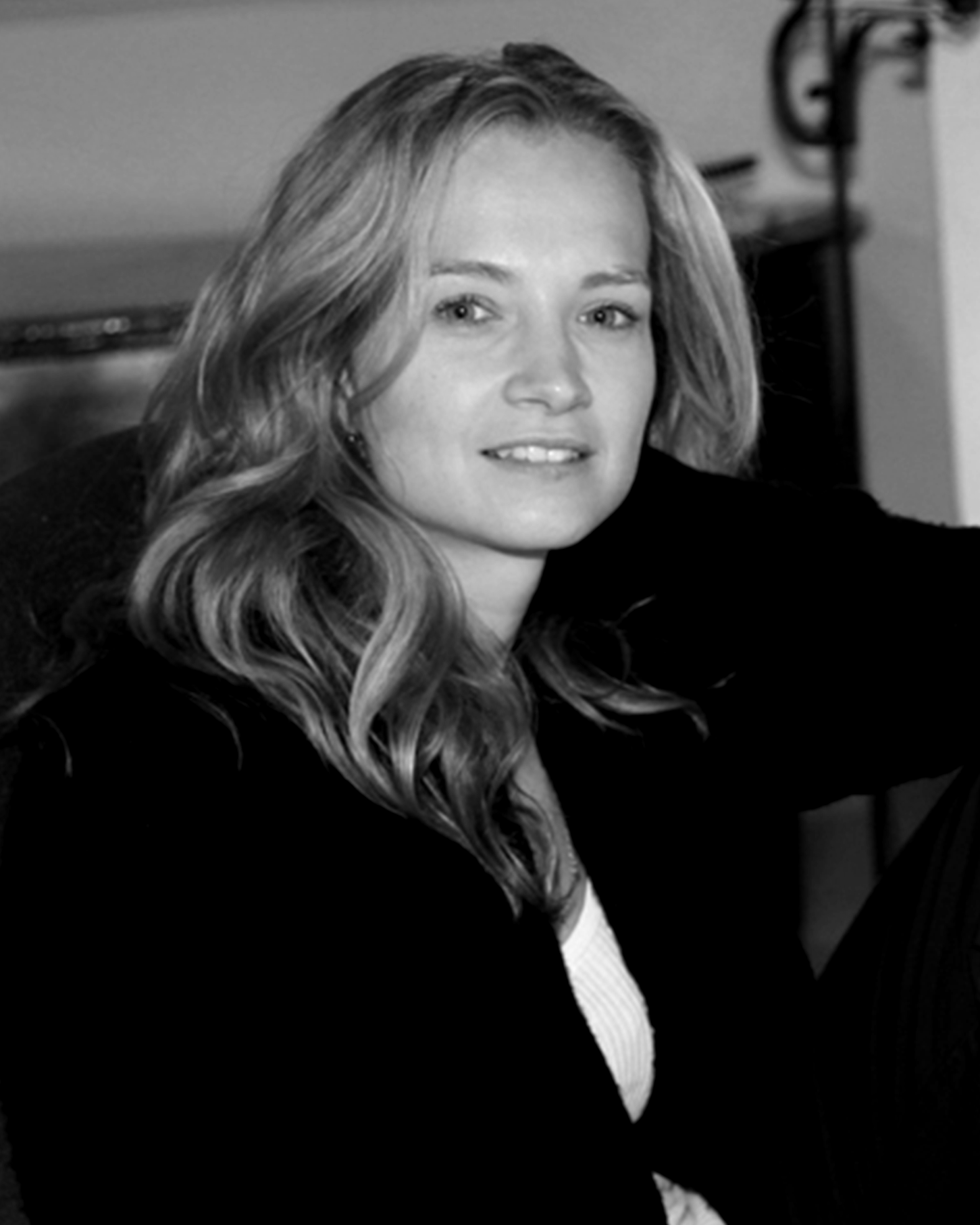 Broadway debut. Other plays include Small Mouth Sounds (New York Times, Best of 2016), Make Believe (New York Times, Best of 2019), Continuity, American Hero, Barcelona, Touched, In, Cats Talk Back and Pretty Filthy (with Michael Friedman and the New York based investigative theater troupe The Civilians, where she is an associate artist). Her plays have been produced at theater companies around the country, including Second Stage, Manhattan Theatre Club, Ars Nova, Williamstown Theatre Festival, Geffen Playhouse, Goodman Theater and many more. Wohl is the recipient of the 2015 Sam Norkin Special Drama Desk Award for “establishing herself as an important voice in New York theater” and the John Gassner Outer Critics Circle Award. She currently holds new play commissions from Lincoln Center, Manhattan Theater Club, Second Stage, and Williamstown Theatre Festival. She is a MacDowell fellow and an alumna of Ars Nova’s Play Group. BA Harvard, MFA Yale School of Drama. 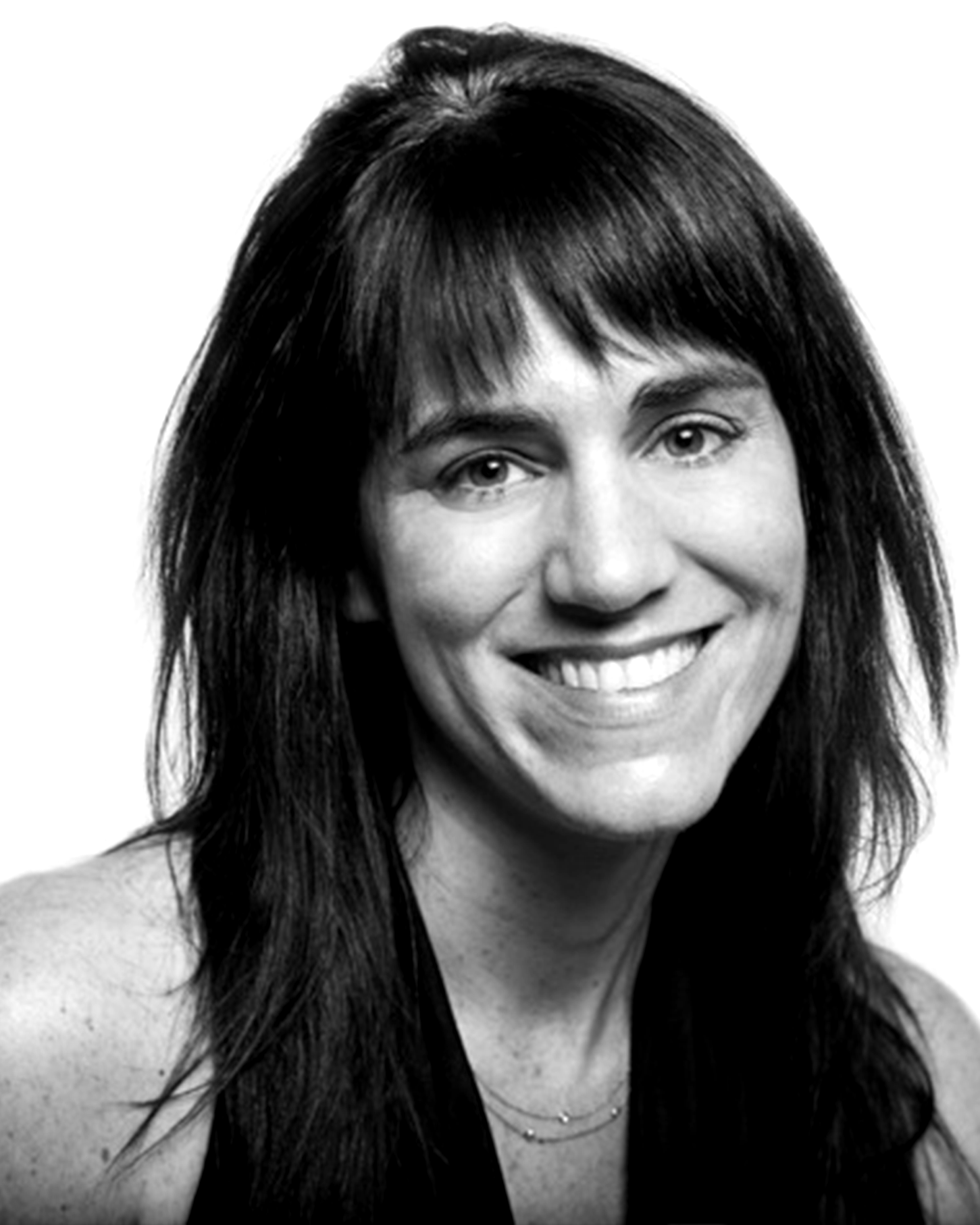 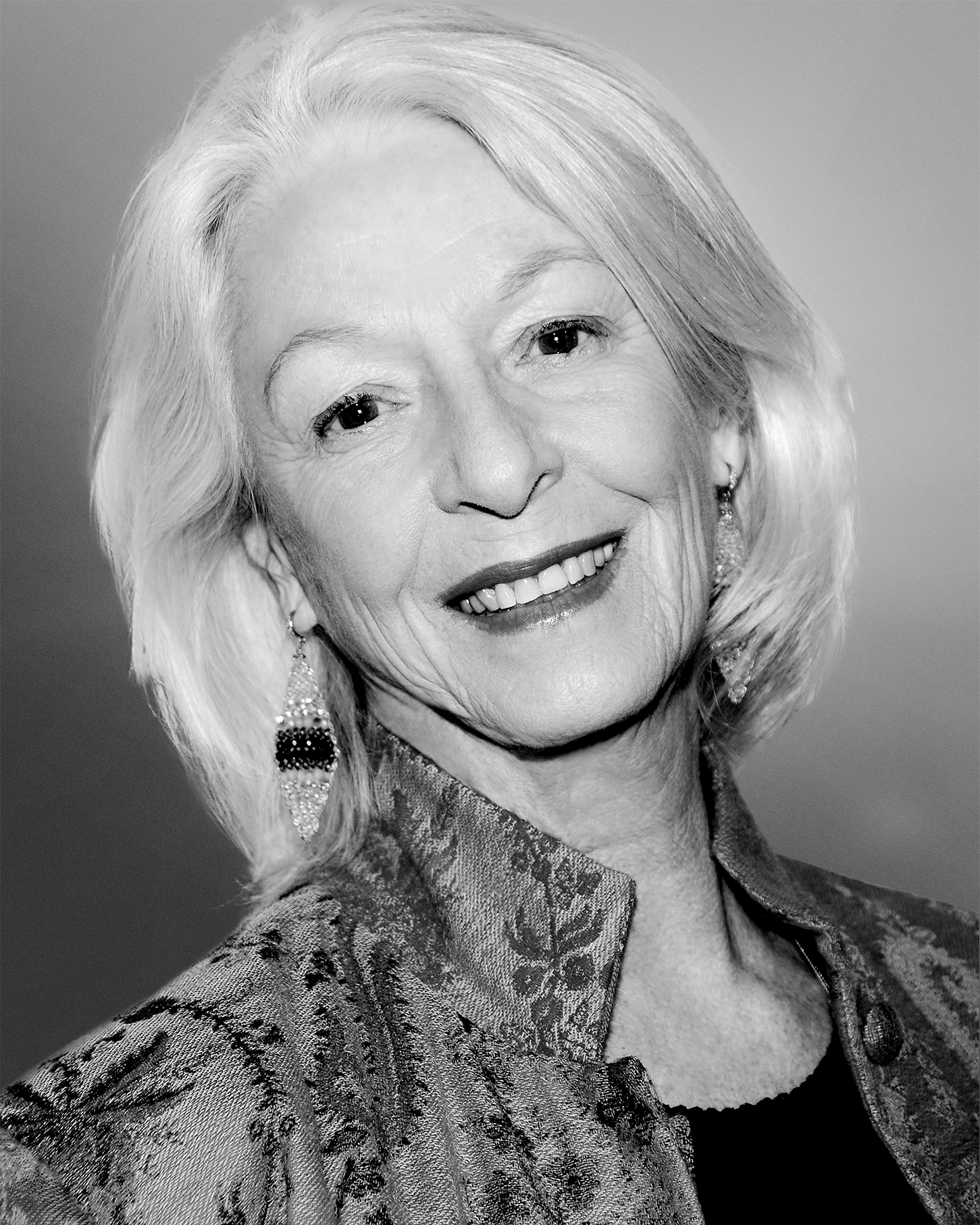 Jane Alexander has a distinguished stage career. She has performed in more than 100 plays, been honored with numerous awards including her Tony Award for The Great White Hope, and Obie, Drama League, Drama Desk and Theatre World awards, and was inducted into the Theatre Hall of Fame in 1994. Jane last starred at Long Wharf Theater in the world premiere of Matthew Barber’s play Fireflies. A four-time Oscar nominee for Testament, Kramer vs. Kramer, All the President’s Men, and The Great White Hope, Ms. Alexander has appeared in over 75 screen and television roles. On television, Jane won Emmy Awards for “Playing for Time,” and “Warm Springs,” and a Television Critics Circle Award for her portrayal of Eleanor Roosevelt in “Eleanor and Franklin: The White House Years.” Jane has been seen most recently in recurring roles on “The Blacklist,” “Elementary,” “The Good Wife,” and “The Good Fight.” Jane stars in the final episode of the new Amazon series “Modern Love,” and shot a recurring role on the new Fox 21/Amazon series “Tales From the Loop.” In 1993, President Clinton appointed Ms. Alexander Chairman of the National Endowment for the Arts, a position she served for 4 years. Her book Command Performance: An Actress in the Theatre of Politics documents her tenure. Jane has been active as a wildlife conservationist for many years and sits on the national board of the Audubon Society, the BirdLife International Advisory Group, and co-chairs the Conservation Council of Panthera with Glenn Close. In 2012, she received the inaugural Jane Alexander Global Wildlife Ambassador Award from the Indianapolis Prize honoring her work in conservation. Her book Wild Things, Wild Places: Adventurous Tales of Wildlife and Conservation on Planet Earth was published by Knopf in 2016. 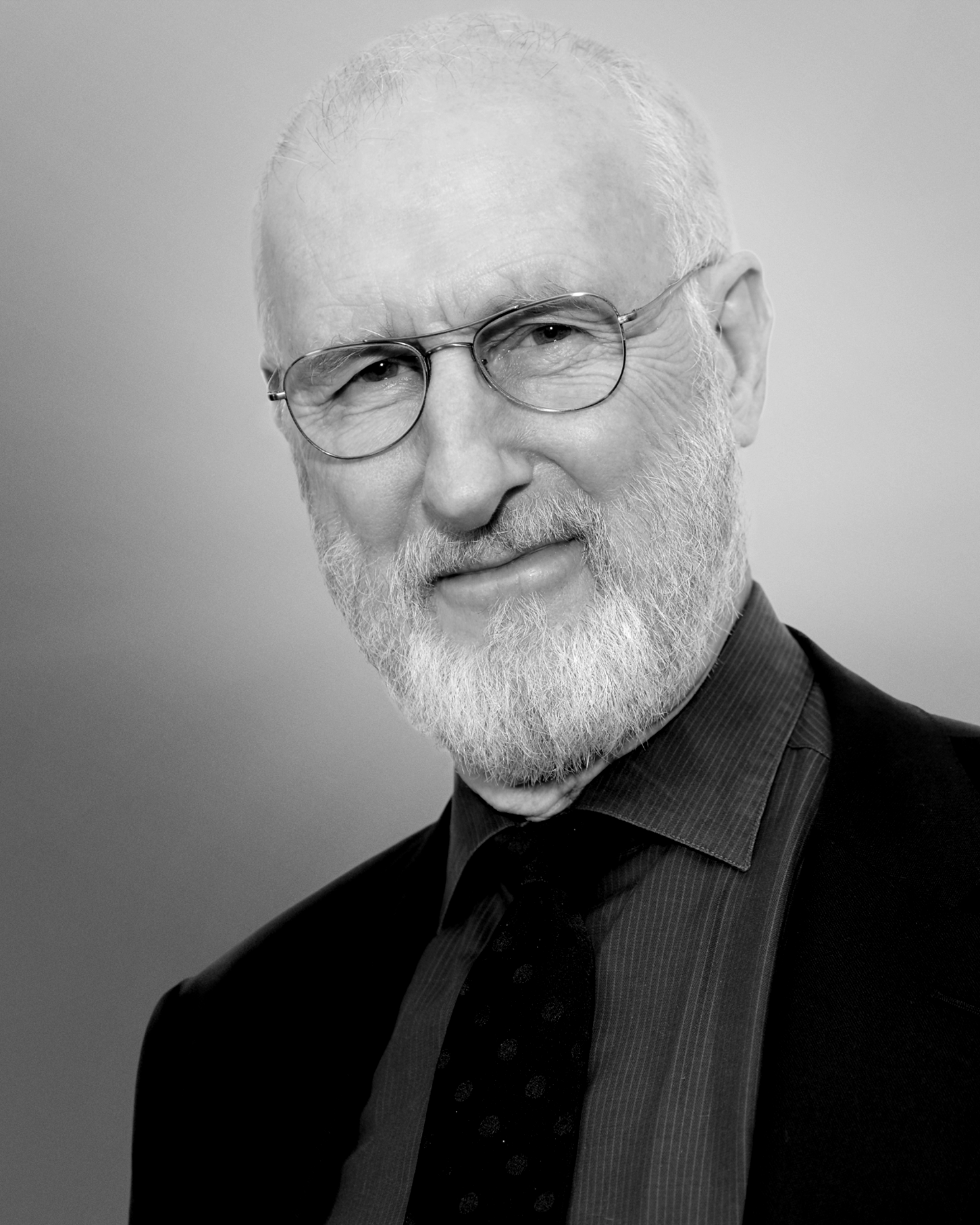 James Cromwell earned an Academy Award nomination for his performance as ‘Farmer Hoggett’ in the international smash Babe, reprising his role in the hit sequel, Babe: Pig in the City. In 2018, he appeared notably in the Steven Spielberg/Universal blockbuster Jurassic World: Ancient Futures. He was seen opposite Meryl Streep in The Laundromat for Steven Soderbergh, and will next star in the period drama Emperor alongside Bruce Dern and Ben Robson. Cromwell was on screen in 2017 in The Promise alongside Oscar Isaac and Christian Bale, and Marshall alongside Chadwick Boseman and Sterling K. Brown. Earlier film work includes the Academy Award-winning The Artist, football dramedy The Longest Yard opposite Adam Sandler, I, Robot alongside Will Smith, Oscar-nominated features The Green Mile (Frank Darabont), The Queen (Stephen Frears), Secretariat (Gary Ross), Spiderman III (Sam Raimi), and LA Confidential (Curtis Hanson) among many others. For his starring role opposite Genevieve Bujold in the Samuel Goldwyn film Still Mine (Toronto Film Festival Premiere/ Top Ten Canadian Films of 2012), James won the Best Actor Award at the 2013 Canadian Film Awards, a Genie Award, and the Best Actor Award at the Seattle International Film Festival. Cromwell won a 2013 Emmy Award for his turn opposite Jessica Lange and Lily Rabe on “American Horror Story: Asylum” and currently recurs on HBO’s “Succession” opposite Brian Cox. Last year he appeared in two season-long arcs concurrently on Epix’s “Berlin Station” opposite Richard Jenkins and on Starz’ “Counterpart” opposite JK Simmons. He earlier starred opposite Lee Pace on AMC’s “Halt & Catch Fire,” starred in the HBO miniseries “The Young Pope” opposite Jude Law and Diane Keaton, and appeared in a multi-season arc on the TBS comedy “The Detour” playing Jason Jones’ mysterious, wily father-in-law. Previously James played erudite defense attorney ‘Warren Daniels’ on the TNT/Steven Bochco series “Murder in the First,” ‘Andrew Mellon’ on HBO’s “Boardwalk Empire,” starred on the ABC series “Betrayal” as millionaire industrialist ‘Thatcher Karsten,’ and portrayed ‘Phillip Bauer’ on the Fox hit “24.” He earned multiple Emmy Award nominations for his work on the HBO original series "Six Feet Under," the HBO movie "RKO 281," and the NBC drama "ER." James’ body of work encompasses dozens of miniseries and MOWs, including TNT's "A Slight Case of Murder," HBO's "Angels in America," "West Wing," "Picket Fences," "Home Improvement," "L.A. Law" and "Star Trek: The Next Generation." Cromwell has made innumerable stage appearances, including the Centennial CTG/Los Angeles production of Waiting for Godot, and productions of Hamlet, The Iceman Cometh, Devil's Disciple, All's Well That Ends Well, Beckett and Othello, in many of the country's most distinguished theatres, including the South Coast Repertory, the Goodman Theatre, the Mark Taper Forum, the American Shakespeare Festival, Center Stage, the Long Wharf Theatre and the Old Globe. He played A. E. Houseman in the American premiere of Tom Stoppard's The Invention of Love at A.C.T. in San Francisco and in fall 2014, he played ‘Rupert Murdoch’ in David Williamson’s controversial play Rupert at Theatre Royal in Sydney, Australia. Cromwell has directed at resident theatres across the country and was Founder and artistic director of his own company, Stage West, in Springfield, Mass. Born in Los Angeles, Cromwell grew up in New York and Waterford, Connecticut, and studied at Carnegie Mellon University (then Carnegie Tech). His father, John Cromwell, an acclaimed actor and director, was one of the first presidents of the Screen Directors Guild. His mother, Kay Johnson, was a stage and film actress. 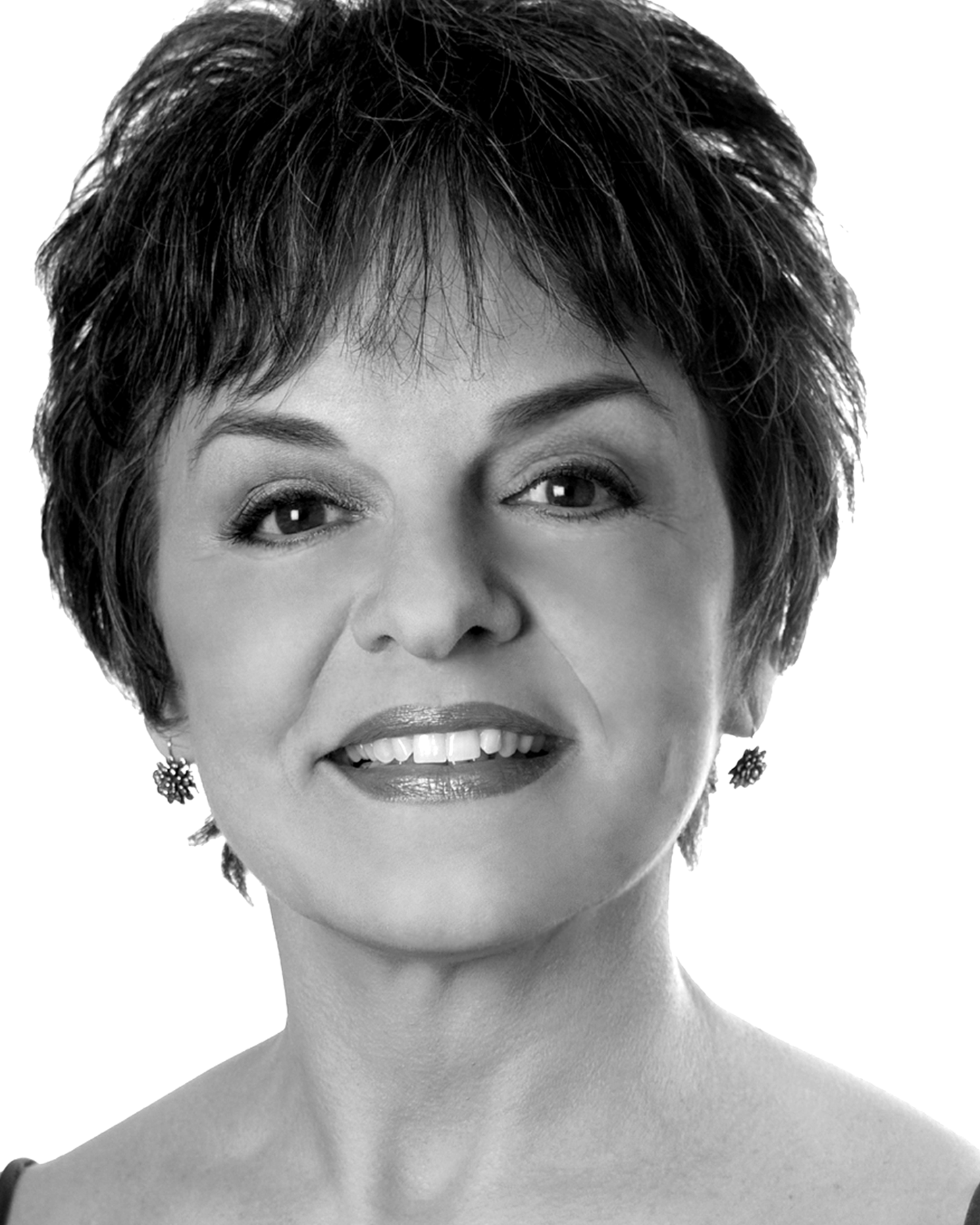 Ms. Lopez is reprising her role of Carla in last season’s production of GRAND HORIZONS at WTF. She joined the WTF family in the 2017 production of THE CLEAN HOUSE by Pulitzer winner Sarah Ruhl. She was last seen on Broadway in the Tony Award revival of PIPPIN, as Berthe, the trapeze flying Granny, then reuniting with her fellow 1972 PIPPIN alum John Rubinstein, touring the USA and Tokyo,. In Lin Manuel Miranda’s IN THE HEIGHTS, she originated the role of Camila Rosario . She appeared on Broadway in Nilo Cruz's Pulitzer Prize ANNA IN THE TROPICS. She received a Tony Award as Best Featured Actress for her portrayal as Harpo Marx in A DAY IN HOLLYWOOD A NIGHT IN THE UKRAINE and her performance as the original Diana Morales in A CHORUS LINE led to an OBIE Award and Tony Nomination, where she introduced the songs "Nothing" and "What I Did For Love".

Her film credits include "MAID IN MANHATTAN" as Jennifer Lopez's mother, “CENTER STAGE”, "REVENGE OF THE NERDS II", "TONY 'n' TINA'S WEDDING", “MUSICAL CHAIRS”, “SWIMMING WITH THE FISHES”, “HUMOR ME” and “Looks to Kill”. 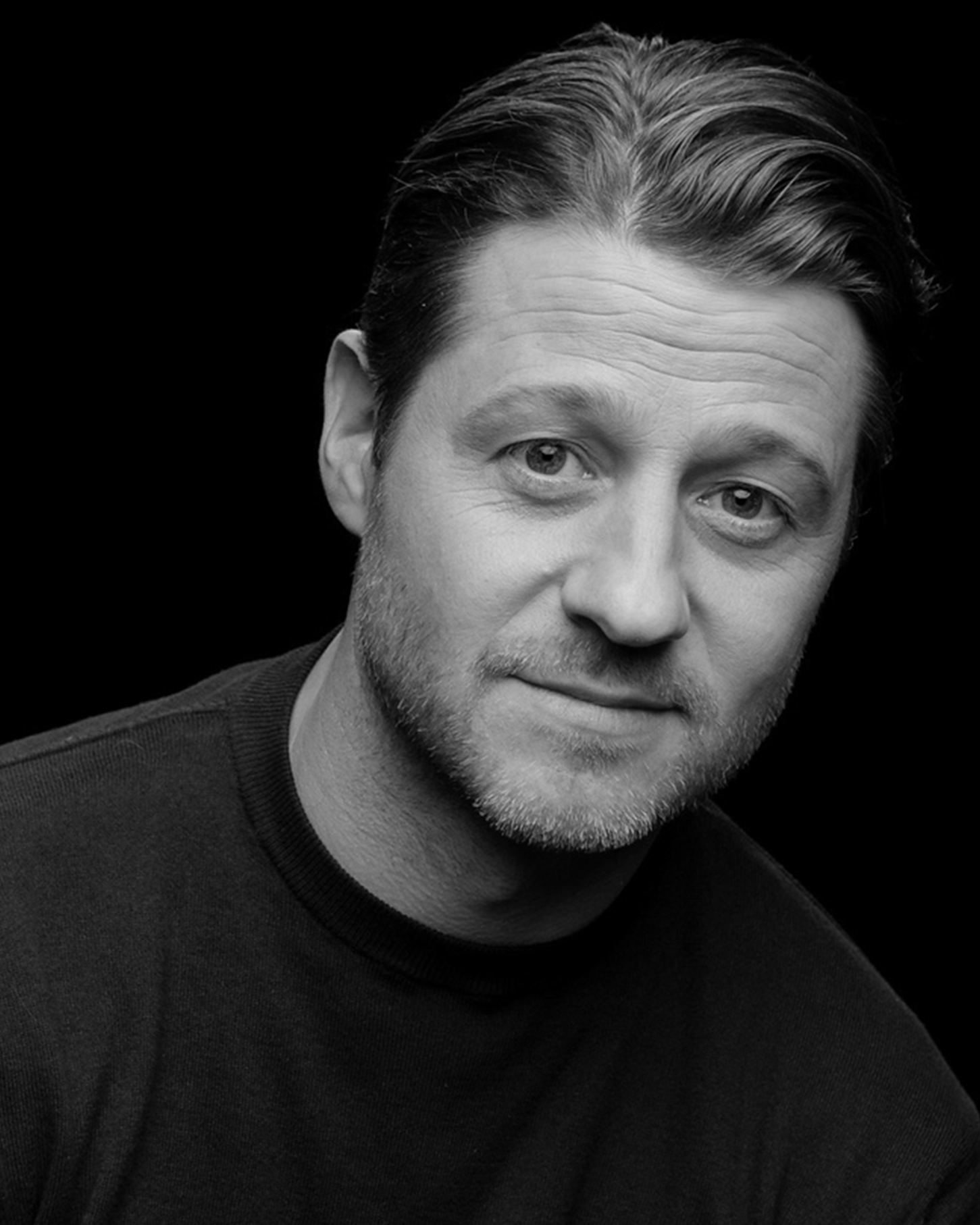 Most recently portrayed the role of Detective James Gordon in the FOX hit series “Gotham,” which just wrapped its five-season run. McKenzie first captured audiences in the pop culture phenomenon “The O.C.” and continued his mainstay in television starring in the critically acclaimed NBC series “Southland.” He will soon be seen in the Steven C. Miller action thriller Line of Duty opposite Aaron Eckhart, and in the Amazon feature The Torture Report with Adam Driver & Annette Bening. Other credits include Junebug, 88 Minutes, Decoding Annie Parker, Johnny Got His Gun, and the animated feature Batman: Year One. McKenzie has appeared off-Broadway in Life is a Dream at the Soho Rep. Additionally, he performed in numerous productions at the Williamstown Theatre Festival, including Street Scene and The Blue Bird. He was last seen on stage in The Glass Menagerie at the Mark Taper Forum in Los Angeles. 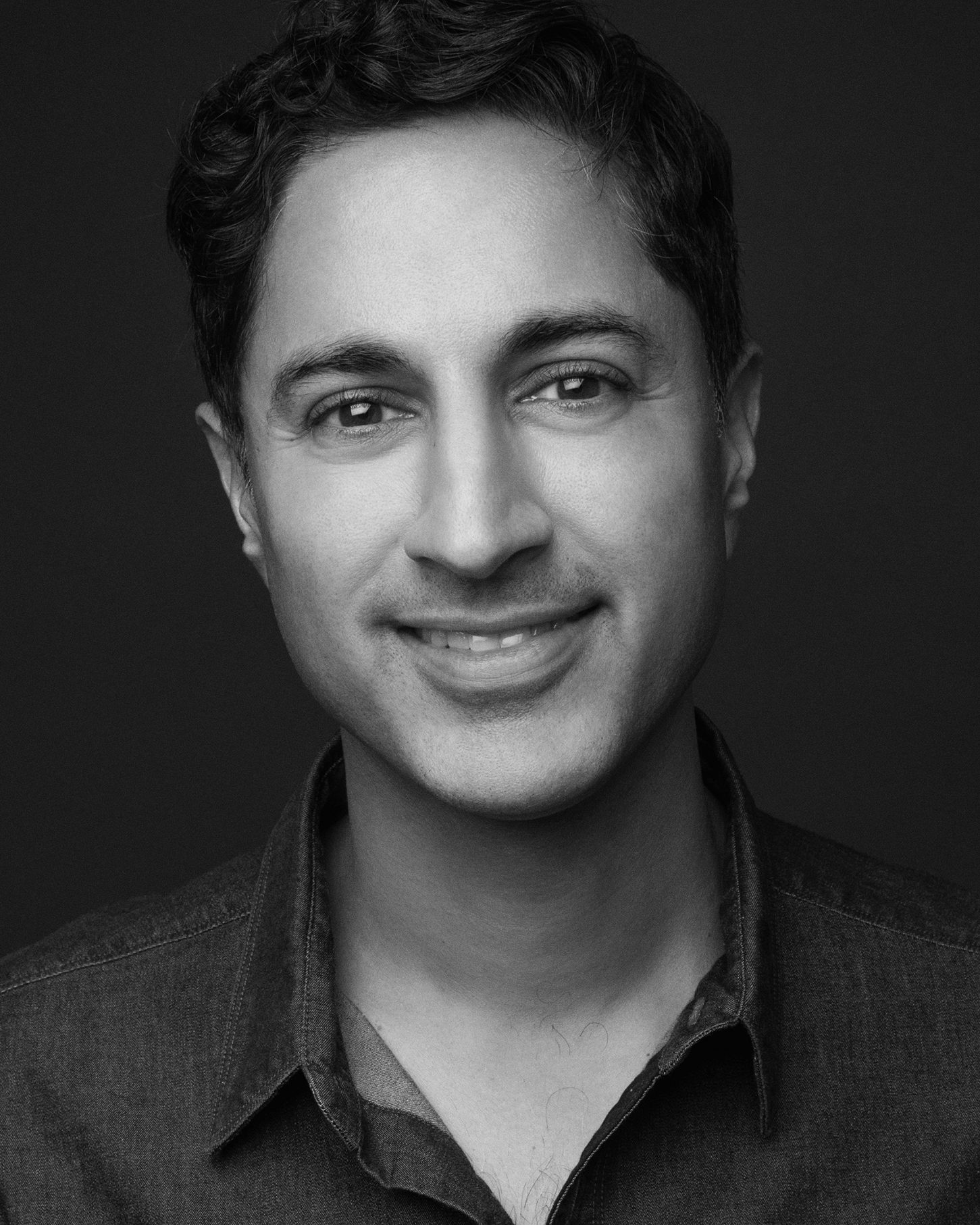 Jonathan on the Emmy®, Golden Globe and Screen Actors Guild award-winning NBC comedy “30 Rock,” Sanjay on Showtime’s award-winning series “Weeds,” and Neal on the NBC comedy “Whitney.” He has recurred and guest starred on numerous other television shows including “The Good Fight,” “Dynasty,” “Elementary,” “Star Trek: Discovery,” “The Good Wife,” “Web Therapy,” and “The Comeback.” He was last seen on Broadway in It’s Only A Play, and recently played Off-Broadway in the New Group’s production of Good for Otto. Other theater credits include the critically acclaimed Off-Broadway productions of Guantanamo: Honor Bound to Defend Freedom (The Culture Project) and Aunt Dan & Lemon (The New Group), and the New York productions of The Awake (59E59 Theaters), India Awaiting (Samuel Beckett Theater) and The Happy Sad (SPF at The Public). Regional credits include Studio Theatre, Shakespeare Theater Company, Yale Rep, Shakespeare Festival Los Angeles, The Goodman, and the Mark Taper Forum. On the big screen, Pancholy has appeared in films such as 27 Dresses, Friends with Money and Hitch as well as several independent features. He is the voice of the title character of Sanjay on Nickelodeon’s hit animated series “Sanjay & Craig” and the voice of Baljeet on Disney’s Emmy® award-winning “Phineas & Ferb.” Pancholy has shared the Screen Actors Guild Award nomination for Outstanding Ensemble four times – three times with the cast of “30 Rock” (winning in 2009) and once with the cast of “Weeds.” He served on President Obama’s Advisory Commission on Asian Americans and Pacific Islanders, and he is the co-founder of the anti-bullying organization acttochange.org. His debut novel “The Best at It” comes out October 8, 2019 from Balzer + Bray / HarperCollins. 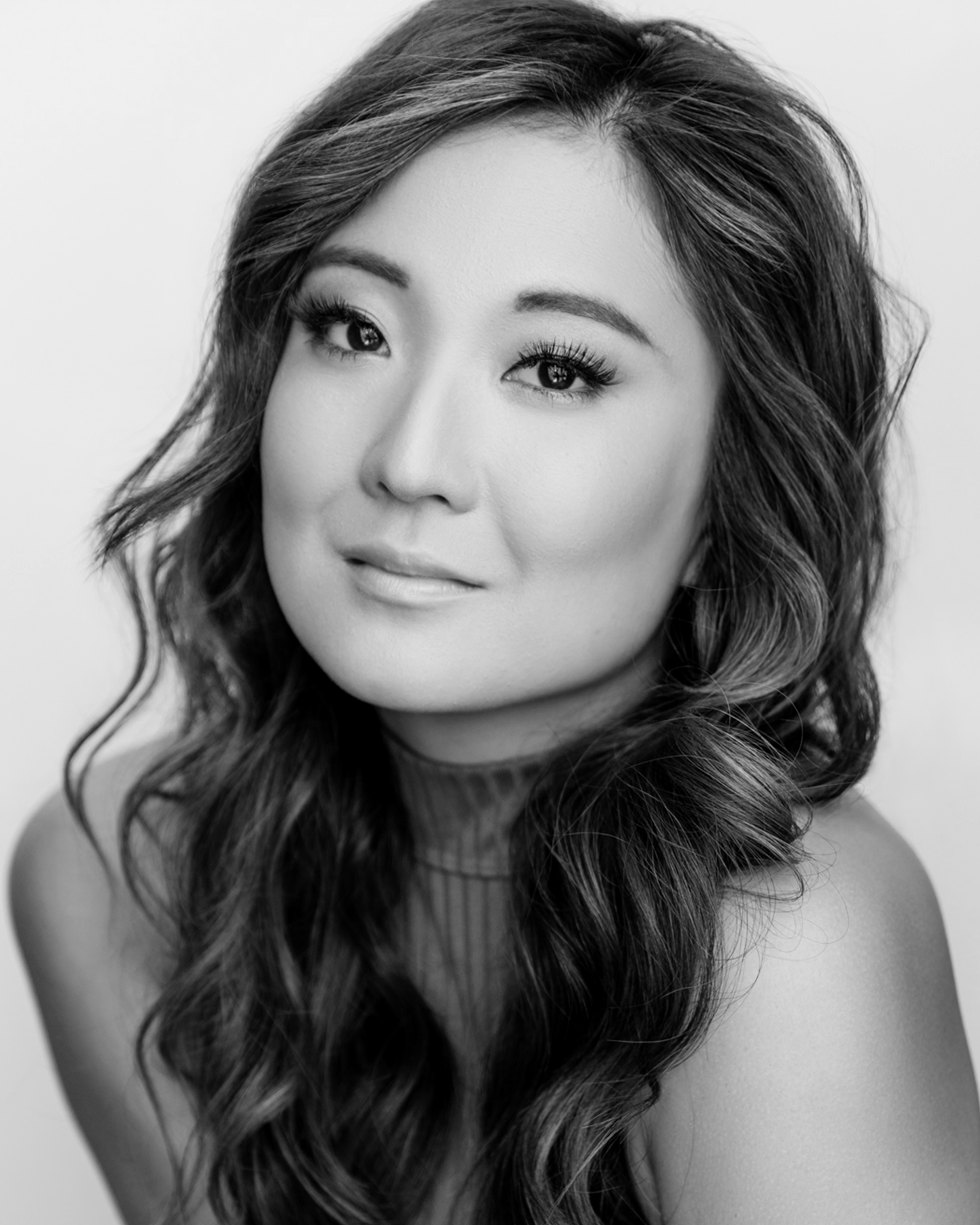 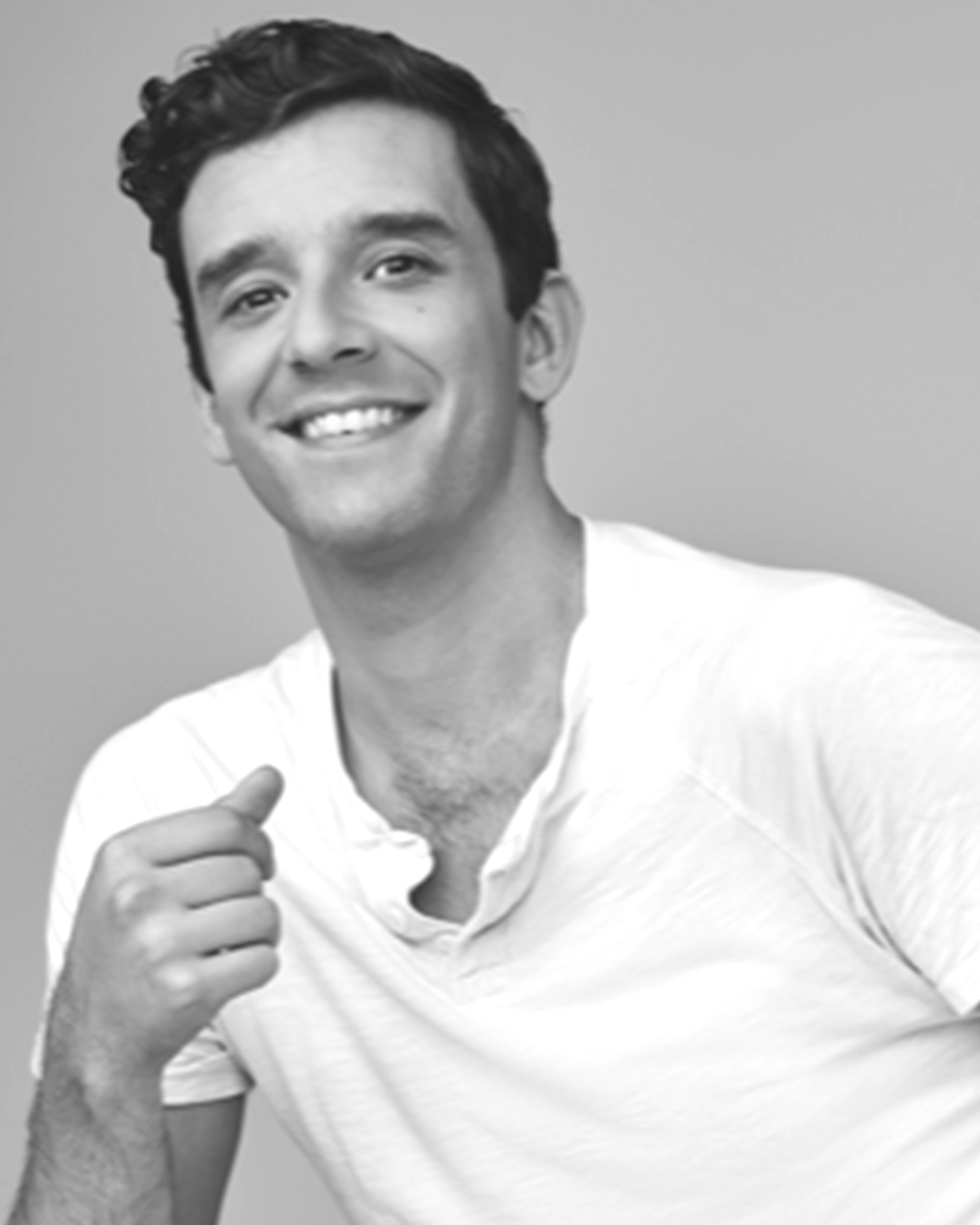 Broadway: Anastasia (Tony nomination); Great Society; A Gentlemen’s Guide to Love and Murder (Tony Award, Henry Hewes Award, Outer Critics Nomination); The Lifespan of a Fact; Velocity of Autumn. Her extensive body of work includes productions at acclaimed theaters and opera companies across the country and around the world. Currently residing in New York City, this Korean-born Designer is the proud recipient of the Theatre Development Fund’s Irene Sharaff Young Master Award; served as the American costume design curator for the International Prague Quadrennial; has been honored with the Ruth Morely Design Award from the League of Professional Theatre Women and is on the Advisory Committee of the American Theatre Wing. Education: MFA, Yale School of Drama.

"A SOPHISTICATED COMEDY FOR ADULTS."
- NEWSWEEK

Bess Wohl Balances Being A Mom With Making Her Broadway Debut