In this stirring new play from the team of two-time Pulitzer Prize winner Lynn Nottage and director Kate Whoriskey (Ruined, Sweat), a truck stop sandwich shop offers its formerly incarcerated kitchen staff a shot at reclaiming their lives. Even as the shop‚Äôs callous owner tries to keep them under her thumb, the staff members are given purpose and permission to dream by their shared quest to create the perfect sandwich. You‚Äôll want a seat at the table for this funny, moving, and urgent play. It‚Äôs an example of Nottage‚Äôs ‚Äúgenius for bringing politically charged themes to life by embodying them in ordinary characters living ordinary lives‚Äù (The Wall Street Journal).

Supported by Art for Justice Fund, a sponsored project of Rockefeller Philanthropy Advisors, and by Terry and Bob Lindsay, with additional support provided by American Express.World Premiere by the Guthrie Theater. Originally commissioned by Joe Dowling and produced by Joseph Haj, Artistic Directors. 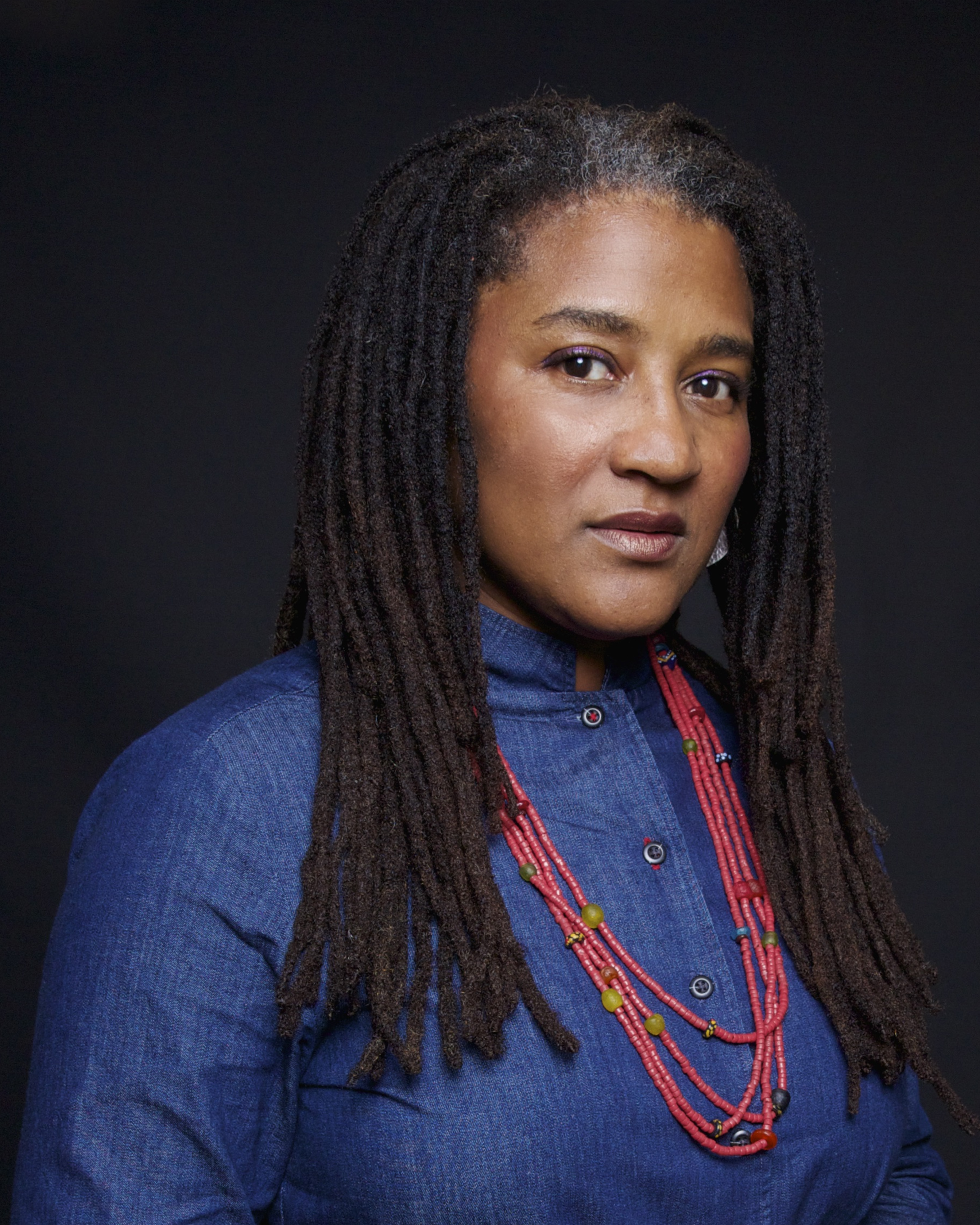 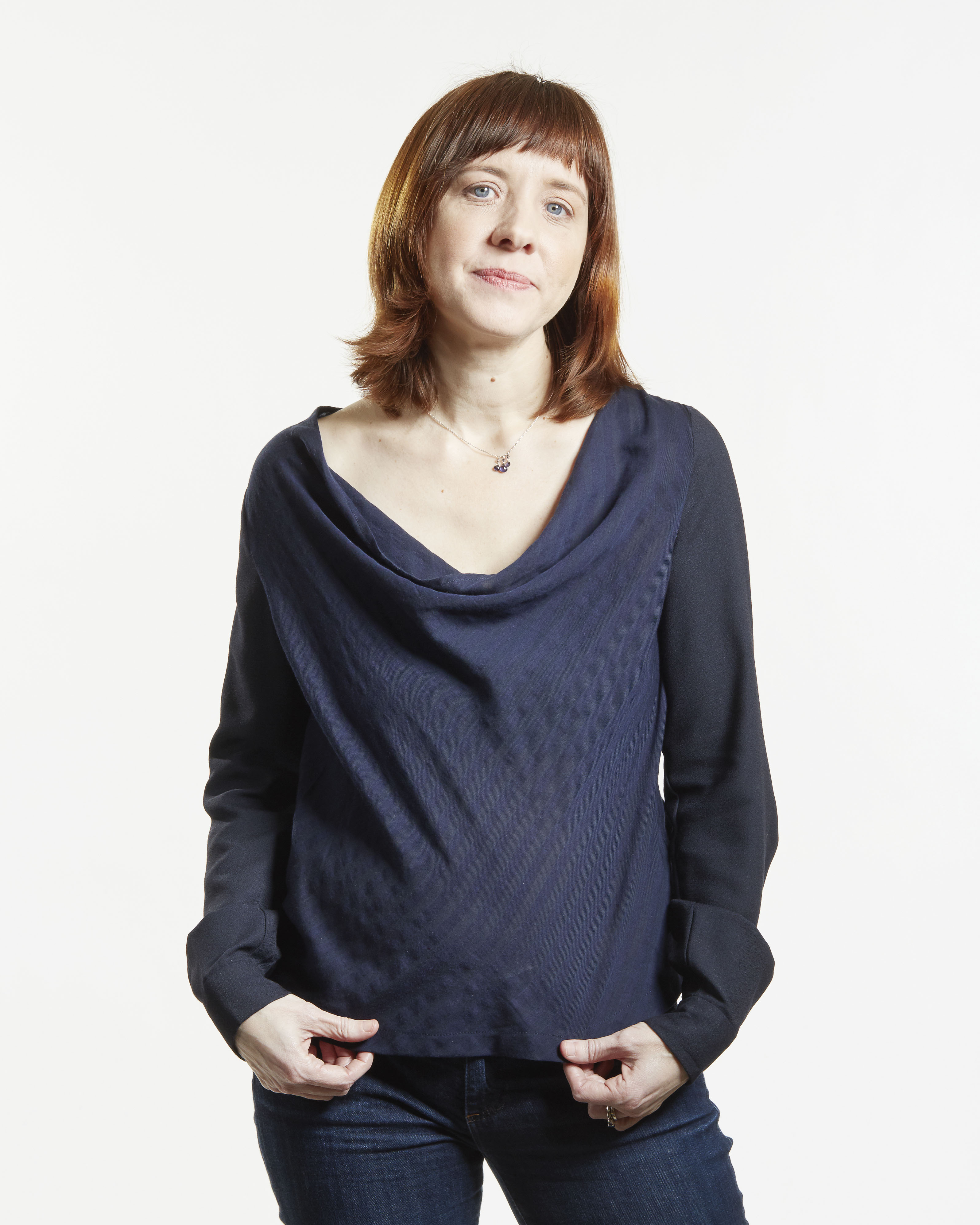 most recent directing credits include All the Natalie Portmans at MCC, Floyd‚Äôs at the Guthrie and Benjamin Britten‚Äôs Turn of the Screw at Mannes Opera. Broadway credits include Sweat at Studio 54, and The Miracle Worker at Circle in the Square. Off Broadway: Songs for a New World (Encores Off Center), The Cardinal,¬ÝHow I Learned to Drive (Second Stage),¬ÝRuined¬Ý(MTC),¬ÝHer Requiem¬Ý(Lincoln Center¬ÝTheater), Aubergine, Fabulation¬Ýand¬ÝInked Baby¬Ý(Playwrights Horizons) and The Piano Teacher (Vineyard), among others. Regional credits include productions at the Guthrie Theater, the Goodman Theatre, Geffen Playhouse, South Coast Rep., Sundance Theatre Lab, Shakespeare Theatre, American Repertory Theatre, Huntington Theatre Company, Oregon Shakespeare Festival, Baltimore Center Stage and Arena Stage among others.¬Ý Her opera direction has been seen at the Mannes Opera, Theatre du Chatelet in Paris and Teatro Municipal in Brazil.¬Ý 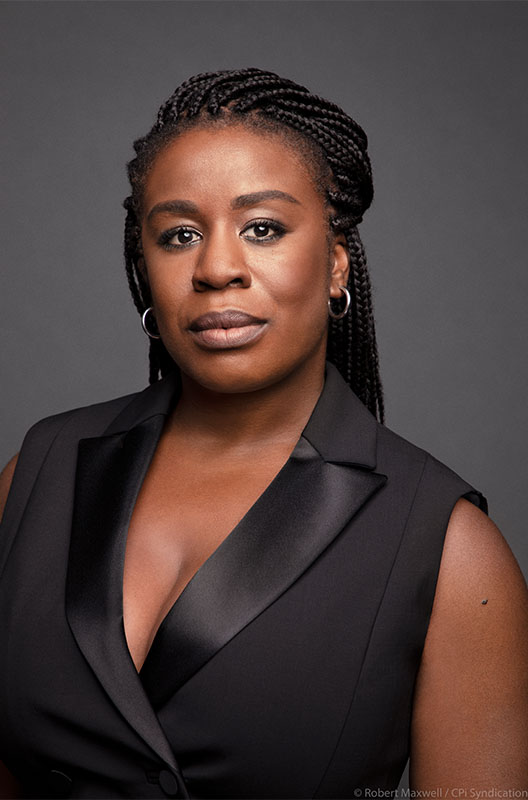 is‚ÄØan‚ÄØaward-winning‚ÄØactress whose work spans television, film, and theatre.‚ÄØ‚ÄØCurrently, Aduba can be seen in the critically acclaimed, Emmy¬Æ-winning drama series, In Treatment, on HBO and HBO Max, and in the Amazon Studios‚Äô anthology series, Solos. She is perhaps most recognized for her¬Ýrole as Crazy Eyes on the Netflix original series Orange Is the New Black, for which she won two Emmy Awards. She is one of only two actors to win an Emmy Award in both the comedy and drama categories for the same role. Her third Emmy Award win was for portraying¬ÝShirley Chisholm in the Hulu miniseries Mrs. America.¬Ý

On stage, Aduba made her Broadway debut in Coram Boy in 2007, followed by the hit musical revival of Godspell in 2011. A graduate of Boston University School of Fine Arts, Aduba appeared at Boston‚Äôs Huntington Theatre and A.R.T. where she received the Elliot Norton Award for Best Actress in a Play. She made her West End Theatre debut in Jean Genet's The Maids, directed by Jamie Lloyd and co-starring Laura Carmichael and Zawe Ashton. Aduba was nominated for a Helen Hayes Award for Best Supporting Actress in a Play for her work in the Kennedy Center/Olney Theater production of Translations of Xhosa. Other theater credits include Dessa Rose at the New Repertory Theatre, Turnado: Rumble for the Ring at the Bay Street Theater, and Abyssinia at the Goodspeed Theatre. Aduba also appeared in the NBC Live production of The Wiz, which also featured Queen Latifah, Mary J. Blige, Ne-Yo, Amber Riley, and David Alan Grier.¬Ý 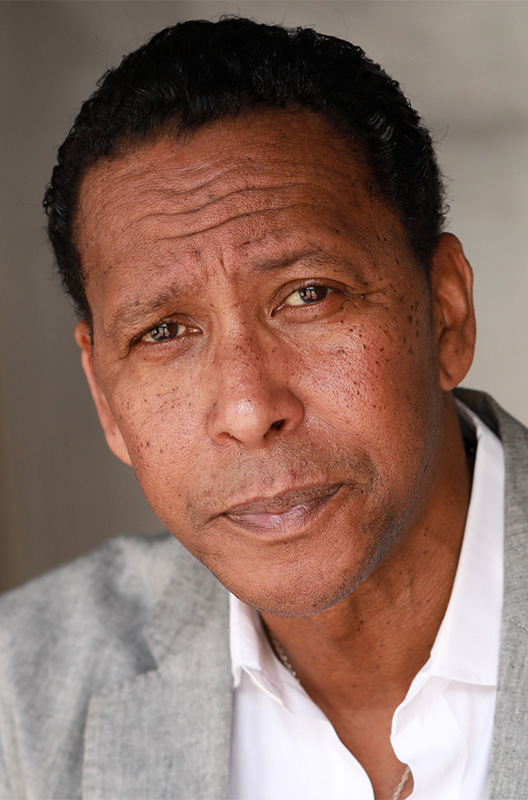 is best known for his Emmy-winning, and three-time nominated, performance as William on the hit series, This is Us. Ron's other acclaimed television work includes starring opposite Octavia Spencer in Apple‚Äôs thriller drama series, Truth Be Told.¬Ý Ron can also be seen in Hulu‚Äôs Looking for Alaska; as the scene-stealing inspiration for Dolemite in the Netflix film opposite Eddie Murphy; and in Lisey‚Äôs Story opposite Julianne Moore for Apple. His other powerful television work includes Luke Cage, Mr. Robot and The Get Down. Upcoming he will appear in the second season of Truth Be Told.

With Second Stage Theater, Ron has appeared in the acclaimed production of Between Riverside and Crazy at the Kiser and in Wildflower¬Ýat 2ST Uptown.¬Ý His many other stage credits include Of Mice and Men (Broadway), Prometheus Bound (Getty Villa), Head of Passes¬Ý(Steppenwolf), Hurt Village, Two Trains Running¬Ý(Signature); Titus Andronicus, Satellites¬Ý(NYSF); Ajax¬Ý(ART); As You Like It, The Tempest¬Ý(BAM/Old Vic London); The Overwhelming¬Ý(Roundabout); The Wooden Breeks¬Ý(MCC); The Heart is a Lonely Hunter¬Ý(Alliance); Richard III¬Ý(Public Theater, NY); The Exonerated; Othello¬Ý(Royal Theatre, London); Our Lady of 121st Street; Jesus Hopped the A Train¬Ý(LABryinth); Storefront Church¬Ý(Atlantic Theater).¬Ý 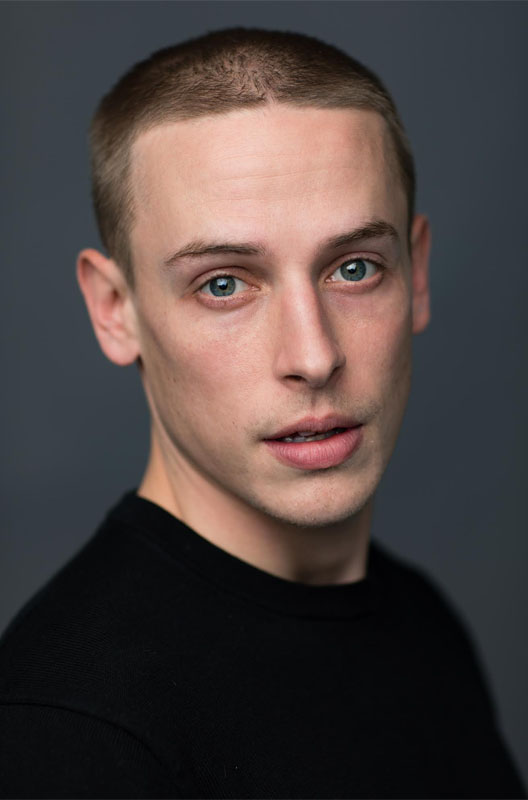 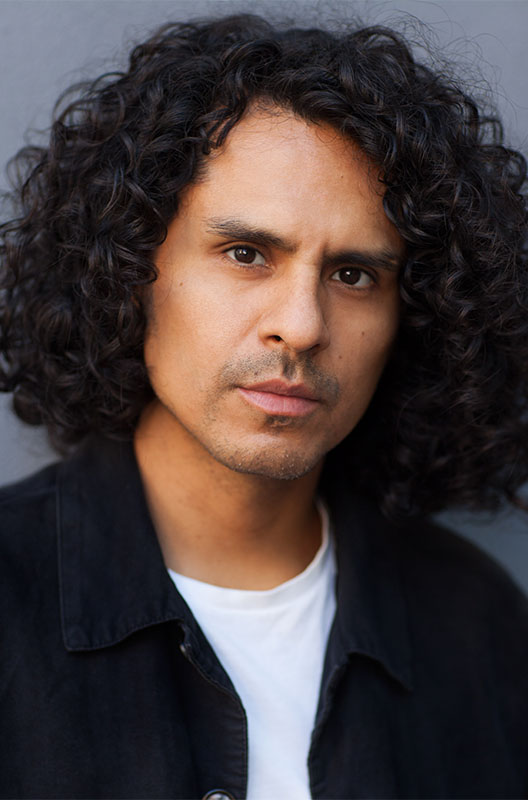 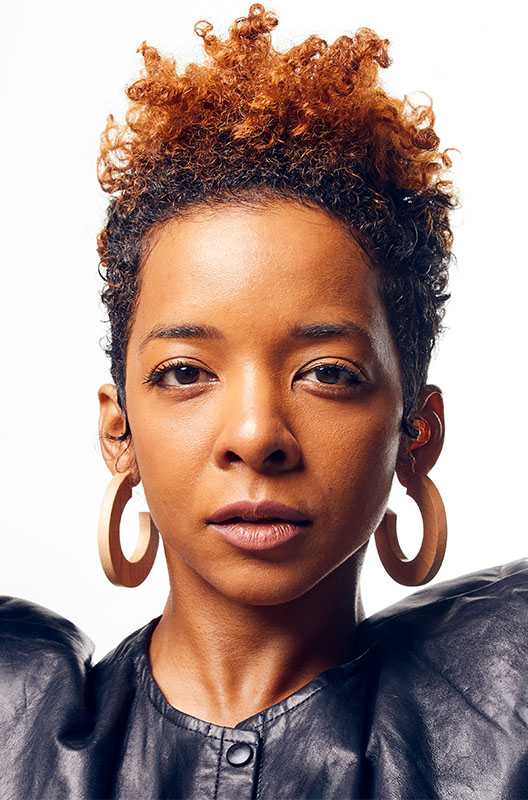 making her Broadway debut, earned a Lucille Lortel Award nomination for her starring role in the MCC Theater play, All The Natalie Portmans. Other theater credits include Halfway Bitches Go Straight To Heaven, The New Englanders, Syncing Ink, and Pretty Hunger. On screen she starred in the winner of Sundance 2018‚Äôs Short Film Jury Awards US Fiction, Hair Wolf, and was featured on HBO‚Äôs ‚ÄúRandom Acts of Flyness‚Äù as well as the Amazon feature, Chemical Hearts. ¬Ý

Justin Ellington is an award winning sound designer whose work has been featured on stages nationally and internationally on Broadway and off. Broadway credits include: Pass Over, Other Desert Cities. Off- Broadway theaters include: Playwrights Horizons, Lincoln Center, ArsNova, New York Theatre Workshop, Signature Theater, Theatre for a New Audience and others. Additional theaters include: Steppenwolf, Goodman Theatre, Guthrie, The Royal Shakespeare Company (UK), and The Old Vic (UK).


THE ART FOR JUSTICE FUND: AGNES GUND AND LYNN NOTTAGE

UZO ADUBA ON RETURNING TO BROADWAY IN NEW PLAY 'CLYDE'S': THIS IS MY LIFEBLOOD.

BLACK PLAYS ARE KNOCKING ON BROADWAY'S DOOR. WILL IT OPEN?